Join hosts Sarah Elmaleh & Asher Vollmer as we celebrate innovators from around the world. 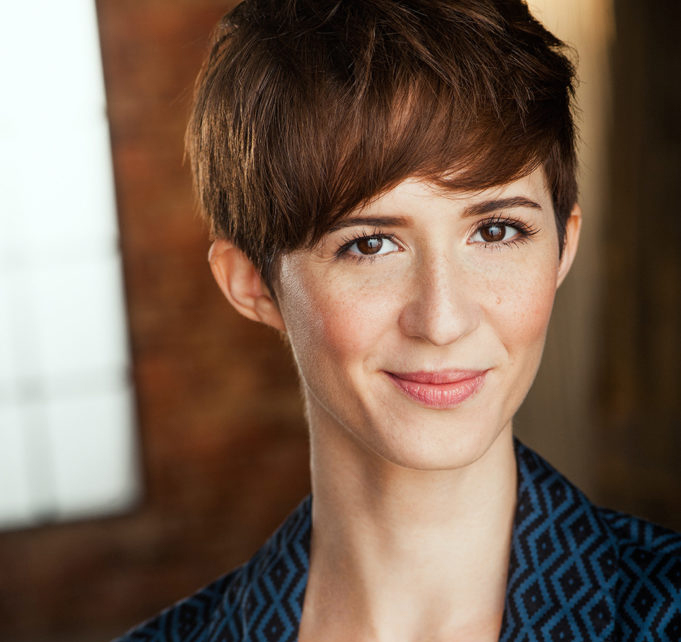 Sarah Elmaleh is an actor best known for her work in videogames – as the voice of the female Freelancer in Anthem and Raider in For Honor, as Lizzie Carmine in Gears 5, and for many indies, including Gone Home, Pyre, and Afterparty. Longtime director/co-host of the IndieCade Awards, in 2019 she also co-founded the free, multilingual online games conference gamedev.world. As a games performance consultant and labor advocate, she acts as a bridge between actors and developers to foster deeper collaboration and best practices. She is casting and voice director of the upcoming indie game Red Lantern (starring Ashly Burch), and is consulting voice producer on the recently revealed Goodbye Volcano High, from KO_OP.
www.sarahelmaleh.com 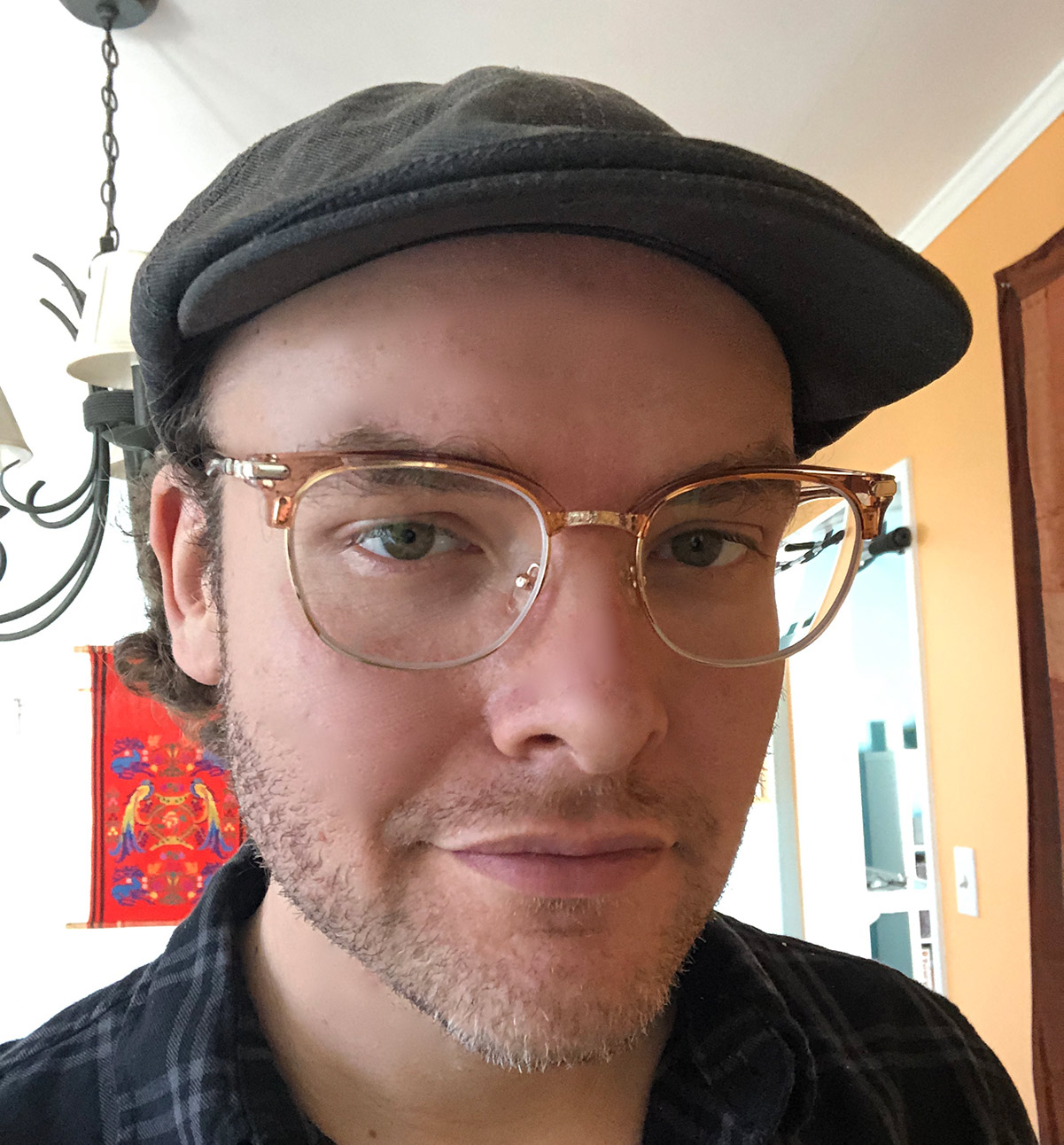 Asher Vollmer is an independent game developer best known for designing the minimalist iOS puzzlers Threes and Puzzlejuice. He recently started his own game studio, but they haven’t publicly announced their existence yet. He learned his trade by spending ten months at thatgamecompany and four years at the University of Southern California. He can, to this day, tell you the solution to every puzzle in every LucasArts adventure game that he’s played since childhood.

The Fermi Paradox
Field Guide To Memory
Figment 2: Creed Valley
The Forger
The Gardener and the Wild Vines
Hitchhiker – A Mystery Game
HoloVista
I Expect You To Die 2
Katipuneros RPG: Eve of Revolt
Larger Than Light
Letters – a written adventure
The Lullaby of Life
MASKMAKER
Mundaun
Out For Delivery
Penko Park

All IndieCade 2021 Nominated Games are eligible for the following five awards.

The IndieCade Jury Prix Award is for a game the Awards Jury wishes to confer honor for separating itself from the pack through its craftsmanship, innovation, and /or design.

The IndieCade Grand Jury Award represents the best of IndieCade’s best. This is the one game out of all the festival nominees, and the hundreds and hundreds of submissions to this year’s festival, that not only captures how far independent games have come, but how much farther they can still take us.

The IndieCade Developers Choice Award is voted on by nominated IndieCade Festival developers.

Innovation in Interaction Design honors the specialized artistry and innovation required to engage with games on a new level. This may be in the form of original controllers, unique interface design, or bold new game mechanics. At its utmost, the Interaction Award acknowledges a work that asks us to reconsider the ways in which we play.

Innovation in Experience Design honors a game that provides a unique, curated experience. This can come in the form of a rich narrative or be entirely ‘story-less’. It takes the player on an emotional arc that can’t be had anywhere else.

The Performance Award honors a unique or particularly sublime performance: voice, motion capture, video, live and more. As games grow in cultural weight and professional development, the field of independent development has involved a larger variety of artists from all disciplines. The brilliant pacing, empathy, and understanding of the best performers have been harnessed this decade to make some of the most arresting play experiences we have ever seen. This award celebrates the actors practicing their incredible craft in the field of play.

The Systemic Design Award honors the craft of leveraging randomness and algorithmic content or behavior to create unique and innovative interactions. Systemic Design is a growing skill with new discoveries made in many fields related to game development – graphics, narrative, level design, meaningful randomness, artificial behavior, and more. This award celebrates the amazing design of procedural elements that drive discovery in the field of play.

The Audio Design awards honors the craft of auditory engagement, used to drive interaction and build theme, context, and meaning. Games have only begun to scratch the surface of music as feedback, audio as generator of meaning, and the power of audio to guide interaction and connection. The craftspeople creating deep emotion and meaning in the audience through thoughtful and powerful audio are driving innovation in what games talk about.

Blind Drive
Cook, Serve, Delicious 3?!
Spiritway to the Lighthouse
The Gardener and the Wild Vines
The Lullaby of Life
Utility for the Soul

As games grow across boundaries, platforms, and formats, the craft of animation and art are harnessed in an ever growing number of ways. The delicate work of creating a living, breathing world through design of environments, the movement of characters, the color of the sky, the shape of the text and icons, and more has become a defining field for games and play. The Visual Design Award celebrates accomplishment and innovation by these masterful artists.

Staring across a board, a hand of cards, or even a chaotic pile of detailed paper notes, games played at the table, often with friends, leveraging the imagination of players to create unique and companionable experiences is the heart of games for many of us. The Tabletop Design Award celebrates the indie tabletop games of the year that innovate, surprise, and delight the heart.

Alice Is Missing
Anyone Can Wear the Mask
Consumption
RATS: High Tea at Sea
Surrealist Dinner Party
The Forger

The Impact Award honors a game which explores social, cultural, and/or political issues in a whole new way. It may take us out of our comfort zones, and confront us directly on social progress yet to be done, or mark a real change in the industry. Impact isn’t simply about diversity or doing good in the world. It can be creating new access points for unlikely players engaging with unlikely topics, new points of connection for people across the globe, or new shared experiences that resonate in our modern culture.

The oncoming frontier of play and experience design includes the amazing worlds of As games grow across boundaries, platforms, and formats, an ever growing array of narratives are communicated in an ever growing number of ways. The delicate art of creating a living, breathing story through design of spaces, characters, conflicts, and more has become a defining art for games and play. The Narrative Award celebrates accomplishment and innovation in this amazing and emergent art of interaction driven narrative.

The IndieCade Trailblazer Award is an honorary prize given to a working creator who has made both great contributions to the field of games and captures the independent and pioneering sprit. The Trailblazer award is for distinguished accomplishment over a career of creation, and recognizes those personalities without whom many of us would have never fallen in love with the field.

Peter Adkison has worked as a serial entrepreneur in the tabletop games industry since 1990.  His first business was Wizards of the Coast, which he founded in 1990.  During his 11-year tenure as CEO, Wizards published Magic: The Gathering, acquired and relaunched Dungeons & Dragons, and brought the Pokémon trading cards out of Japan to the rest of the world.

After leaving Wizards he acquired the Gen Con tabletop games convention which he still owns (www.gencon.com).  Under his ownership, Gen Con has grown from 18,000 unique attendees to 68,000.

At age 50, Peter Adkison decided to change careers and follow his dream of becoming a filmmaker.  After a couple of experimental projects, Adkison has decided to focus his efforts on Chaldea, a fantasy web series that combines live action film with comic art (www.worldofchaldea.com).

Peter is married to Dee Fenton.

IndieCade’s Game Changer Award celebrates an individual who has impacted the gaming landscape in a significant way, a positive disruptor who has has brought a paradigm shift to our community. Whether it’s advocating for independent developers or creating space for conversations to take place, a Game Change is someone who makes us proud to be part of the industry.

Thorsten S. Wiedemann is artistic director of A MAZE. since 2008. He produces and curates under the international arthouse label A MAZE. festivals, exhibitions and workshops on the intersection of games, digital arts and playful media. With “A MAZE. / Berlin” and “A MAZE. / Johannesburg (until 2017)” he created two annual festivals to present independent and alternative games culture and to connect Europe, Africa and the world. He generates fresh and exciting formats like the A MAZE. Bazaar – Arthouse Games Market, A MAZE. Magazine, A MAZE. Train Jam in South Africa, A MAZE. / SPACE – 3D Online Multiplayer Culture Experience, the A MAZE. Train Station in VRChat that gives room for experimentation, collaboration and exchange. Thorsten established since 2012 the A MAZE. Awards, which goes to artistic and groundbreaking works in six categories. His focus is on the interdisciplinary and diverse discourse about the medium of the 21. century. He gains to fill the gaps between playful media, art and technology. He lives and works in Berlin.

This annual honorary award was created in collaboration with Bernie DeKoven, to honor his legacy and to recognize creators significantly furthering the field and impact of new, big, and physical games. We love big, pervasive games, because of they way they bring people together and forge connections on a large scale.

Nathalie Pozzi is an Italian-licensed architect and the principal of Nakworks, an interdisciplinary design studio based in New York, exploring the critical intersection of space, material and culture.
>>> https://www.nakworks.com/ // @nakworks

Eric Zimmerman is a game designer and Arts Professor at the NYU Game Center. He designs games on and off the computer that invent new forms of play.
>>> http://www.ericzimmerman.com/ // @zimmermaneric

Over the last several years, Nathalie and Eric have designed a series of large-scale game installations that are part architectural sculpture and part interactive performance. Their collaborations have appeared at events and exhibitions at the Museum of Modern Art, the Smithsonian Museum of American Art, as well as in Paris, Dublin, Moscow, and Los Angeles.