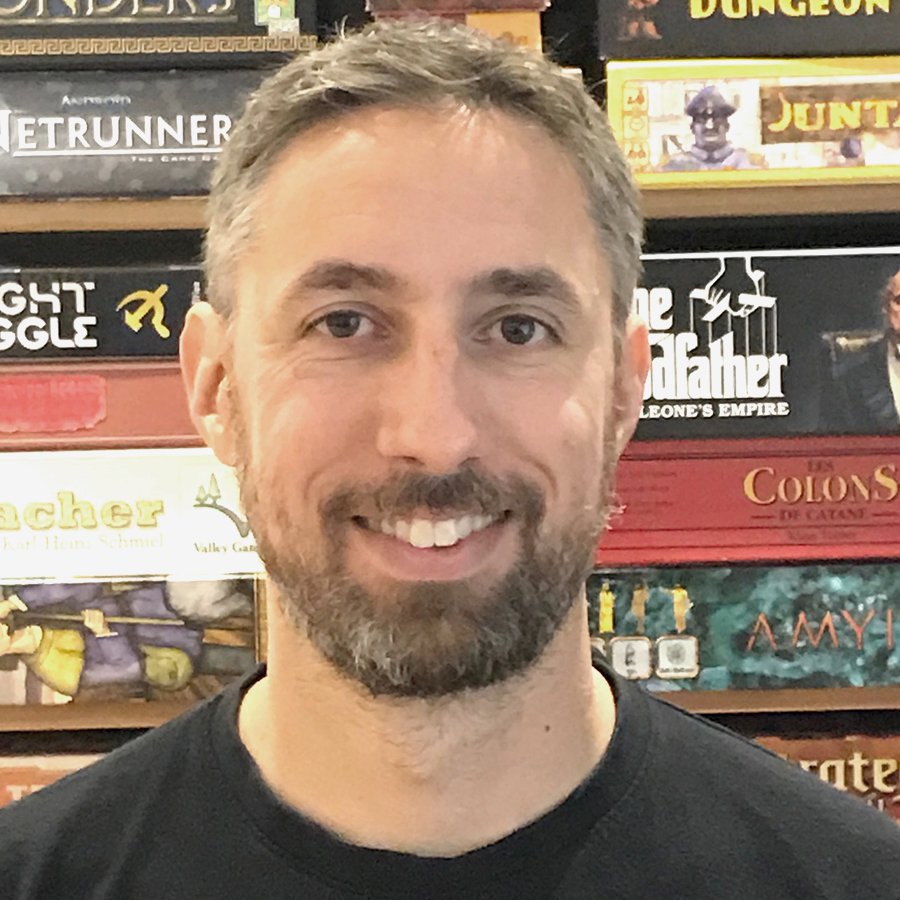 "Mattieu is a game designer with 12 years of experience in the game industry. He started his professional career by co-founding Paragon Publishing, a two-men table-top role-playing game company that commercialized a dozen pdf supplements compatible with D&D 3.5. He then went on to work at Ubisoft Montréal, where he was part of the whole development cycle of three video games; Shaun White Snowboarding on PSP, Shaun White Skateboarding on Wii, and The Mighty Quest for Epic Loot on PC. In 2014, he left Ubisoft to co-found Clever Plays with his wife and business partner Angela. With the help of a handful of young and talented developers, Clever Plays shipped Leap of Fate on various platforms between 2016 and 2018, and is now working on Operation: Tango, a 2-player spy coop game. In his previous life, Mattieu obtained a Ph.D. in biological sciences and genetics in a joint program between the University of California in Riverside and McGill University. In his spare time, he loves to play soccer and hockey, keep up to date with various scientific topics, play board games and video games, and read. He is happily married and a father of two beautiful children. He thinks that everything is relative, and that respect is fundamental."