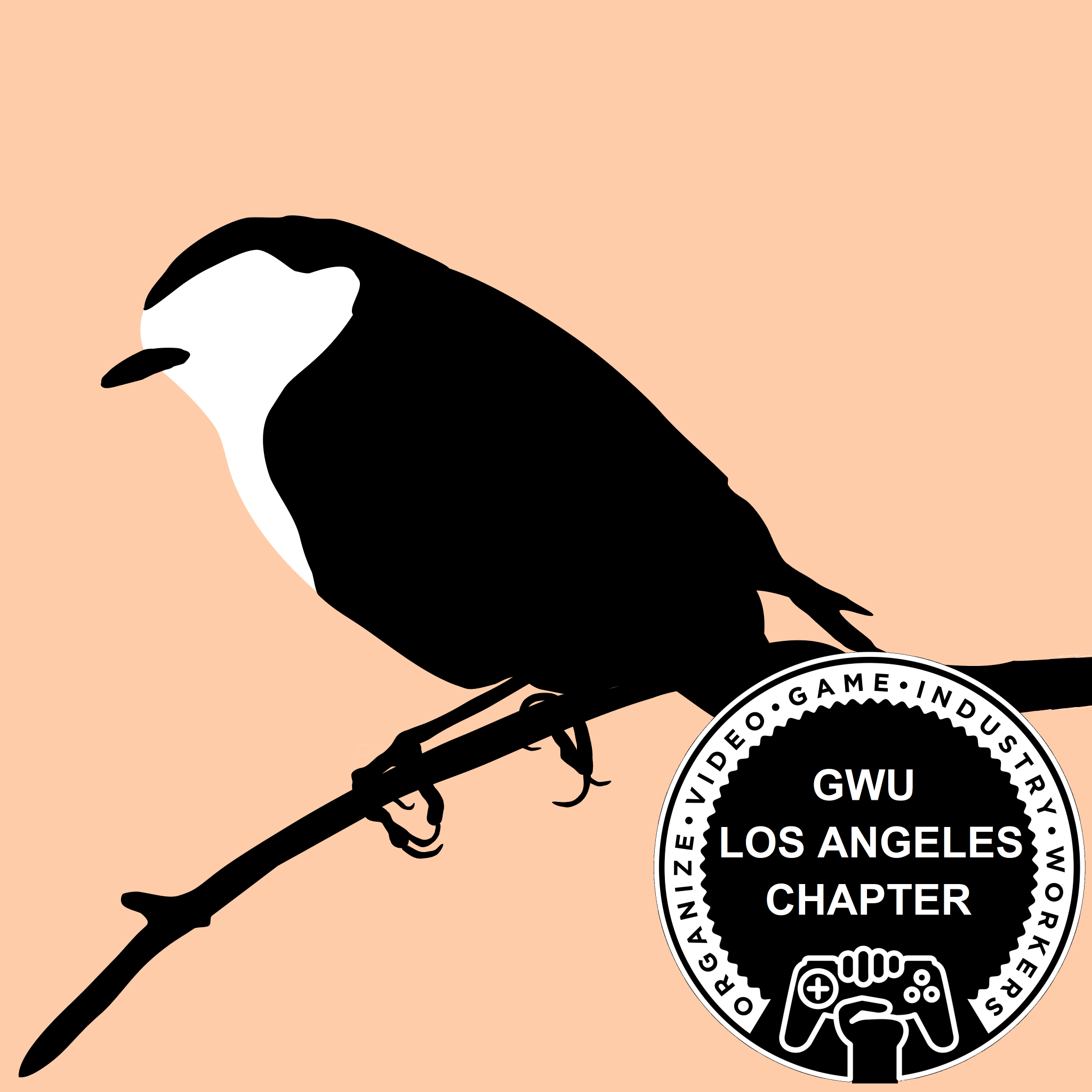 "Robin Trach is a game worker and labor organizer who grew up with a passion for building communities. In March of 2018 she became involved with the Game Workers Unite movement, and was elected that November as coordinator for the GWU Los Angeles chapter. In the intervening years she and the GWU LA team have created community spaces and events where LA Game workers can connect, built a training program that teaches core organizing skills to everyday workers, provided logistical assistance to the Riot Games Walkout of 2019, built relationships with union partners like SAG-AFTRA and the CWA, and connected dozens of game workers across LA and beyond with resources, solidarity, and a plan to organize. She believes that all workers deserve control over their circumstances and a say on the job, whether they be in AAA, the indie space, or anywhere in between. Today she serves on the GWU LA steering committee from which the coordinator position evolved, and continues to split her time between working a job in the industry and growing the volunteer wing of the labor movement. Like most worker-organizers, Robin operates anonymously to enable under-the-radar organizing work and protect her job."