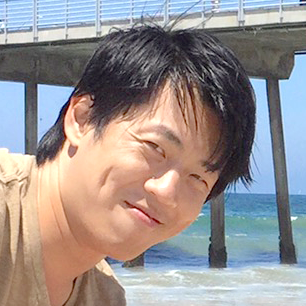 "Brendon Chung is a designer, artist, and programmer. He is the founder of Blendo Games, a small independent video game studio based in Los Angeles. Blendo Games has become known for creating rich worlds and tight game design in works such as Thirty Flights of Loving, Gravity Bone, Atom Zombie Smasher, and Flotilla. His most recent title is the cyberpunk adventure Quadrilateral Cowboy. Games made by the studio have been featured in New York's Museum of the Moving Image, Seattle's EMP Museum, and have been the recipient of the IndieCade Grand Jury award, IGF Grand Prize award, and IGF Excellence in Design award." https://www.twitch.tv/blendogames